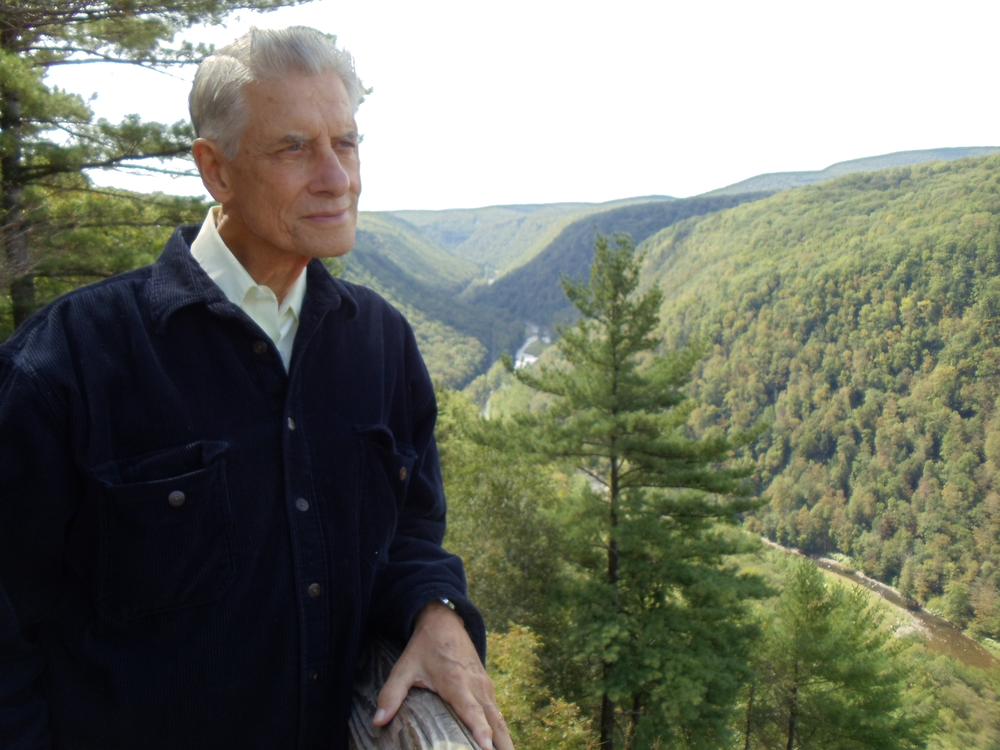 Charles E. Wunderlich, PhD., age 87, of Mansfield, PA, passed away on July 2, 2018 at his home. He was born on March 18, 1931 in Philadelphia, PA, a son of Edward and Mabel (Mooney) Wunderlich. Charles was the husband of Francine (Caracciolo) Wunderlich. He graduated with a Bachelor degree from the Eastman School of Music in Rochester, NY, where he also taught violin lessons in the public schools. His Master's and PhD were earned at the University of Michigan. He then moved to Radford, Virginia where he was hired to develop a new orchestra program at Radford University. His passion for music and intense love of teaching led to a long career at Mansfield University, (1964 - 1998), where he had the pleasure of instructing hundreds of music majors as well as non -music majors. He began his career at Mansfield as the conductor of the college orchestra. However, he is most remembered as a Professor of Music History and Literature, where he crafted his art of lecturing with passion, humor, and dedication. His challenging "drop the needle" tests were unforgettable to his students. During his retirement he enjoyed extensive European travel with his family, eventually returning to Straubing, Germany where he was stationed for a short term in the US Army. He settled in the little village of Mitterfels , where he and his wife, Fran, vacationed several times a year making new friends and reconnecting with those from his army service years. In 2014, at the age of 83, Charles and Fran had a timber frame home built on their property in Richmond Township where he spent countless hours mowing and managing his land in order to preserve it for future generations. He completed training in the Forest Stewardship Program and was a charter member of the Tioga County Woodland Owners Association, serving as their treasurer. He is survived by his wife, Francine; three sons, Stephen (Sarah) Wunderlich of Mansfield, PA, Jonathan (Jessica Gaete) Wunderlich of Atlanta, GA, Marshall (Christine) Wunderlich of Pittsburgh, PA; a daughter, Myra (Roy) Wiener of Rochester, NY; six grandchildren, Mason, Aaron, Sarah, Susan, Renee, Clayton; four great grandchildren; a sister, Janet (Tom) Whitefield of Harleysville, PA. He was preceded in death by his parents and a son Marvin Wunderlich. The family would like to thank the doctors, nurses and staff at the Troy Community Hospital, and most especially Stacy Coons Walsh, NP, for her kindness and professionalism at a very difficult time. They would also like to acknowledge Guthrie Hospice for all that was done to make Charles comfortable during his last weeks. Services will be private at the convenience of the family. In lieu of flowers, please make a donation to the Tioga County Woodland Owners Association, c/o Marwin Cummings, 73 Redtail Lane, Tioga, PA 16946, to the Center for Private Forests in the College of Agricultural Sciences at Penn State University, 2583 Gateway Drive, Suite 200, State College, PA 16801 or to your favorite conservation charity. Arrangements have been entrusted to the Buckheit Funeral Chapel and Crematory, Inc., 637 S. Main St., Mansfield, PA. www.buckheitfcandcrematory.com

Share Your Memory of
Charles
Upload Your Memory View All Memories
Be the first to upload a memory!