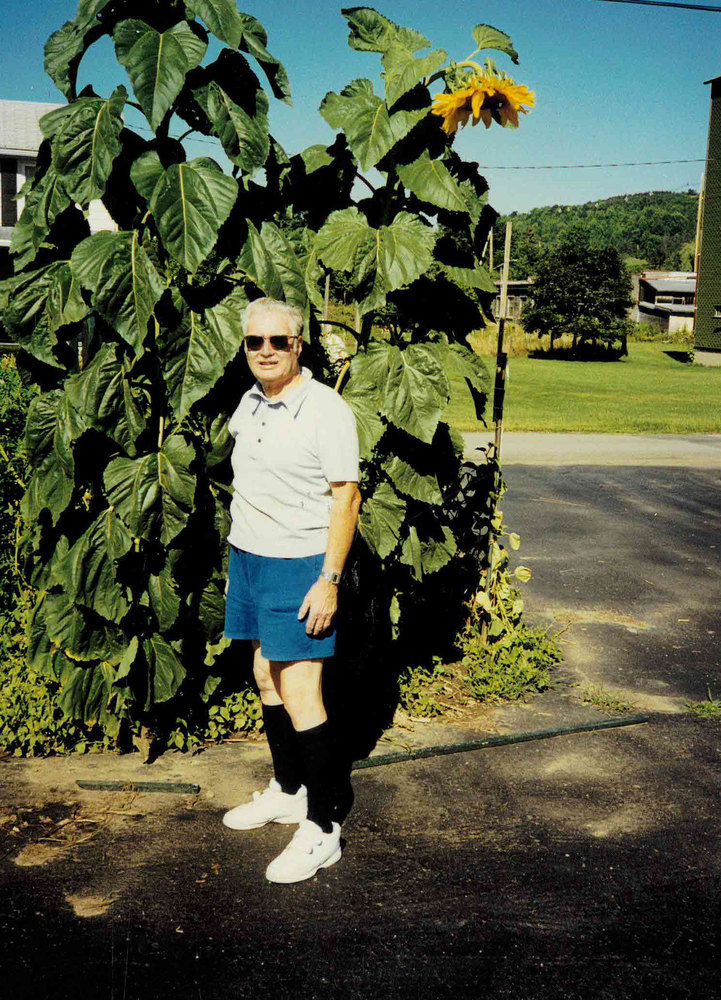 Wayne F. Bailey, age 91, of Covington, PA, died Saturday, August 25, 2018 at the Dar-Way Rehab Center in Forksville, PA. He was born August 24, 1927 in Elmira, NY, a son of Fred and Ina (French) Bailey. Wayne and Luella M. (Merritt) Bailey observed their 71st wedding anniversary on June 23, 2018. Wayne had been an engineer for Pitney Bowes before his retirement and had worked at Remington Rand. He was a U.S. Navy veteran. Wayne had been a volunteer for Meals on Wheels and the Food Bank; served on the board of the Historical Society, enjoyed genealogy, computers, gardening and growing sunflowers. Wayne is survived by his wife, Luella; 2 sons and daughters-in-law, Robert and Janie Bailey of Woodberry, CO, John and Terry Bailey of CO; a daughter and son-in-law, Elaine and David Milligan of Blossburg, PA; 7 grandchildren; 14 great grandchildren. He was predeceased by a son, Frederick Bailey in 2010, sisters, Carole Porter and Elizabeth Shiefen. Family and friends are invited to call on Friday, August 31, 2018 from 1:00 to 2:00 P.M. at Buckheit Funeral Chapel And Crematory, Inc., 637 S. Main St., Mansfield, PA. A memorial service will follow at 2:00 P.M. at the funeral chapel with Pastor Shawn Gregory officiating. Burial will be in Wellsboro Cemetery. Memorial contributions may be made in Wayne's memory to the Mansfield Food Pantry, P O Box 5, Mansfield, PA 16933. www.buckheitfcandcrematory.com

Share Your Memory of
Wayne
Upload Your Memory View All Memories
Be the first to upload a memory!