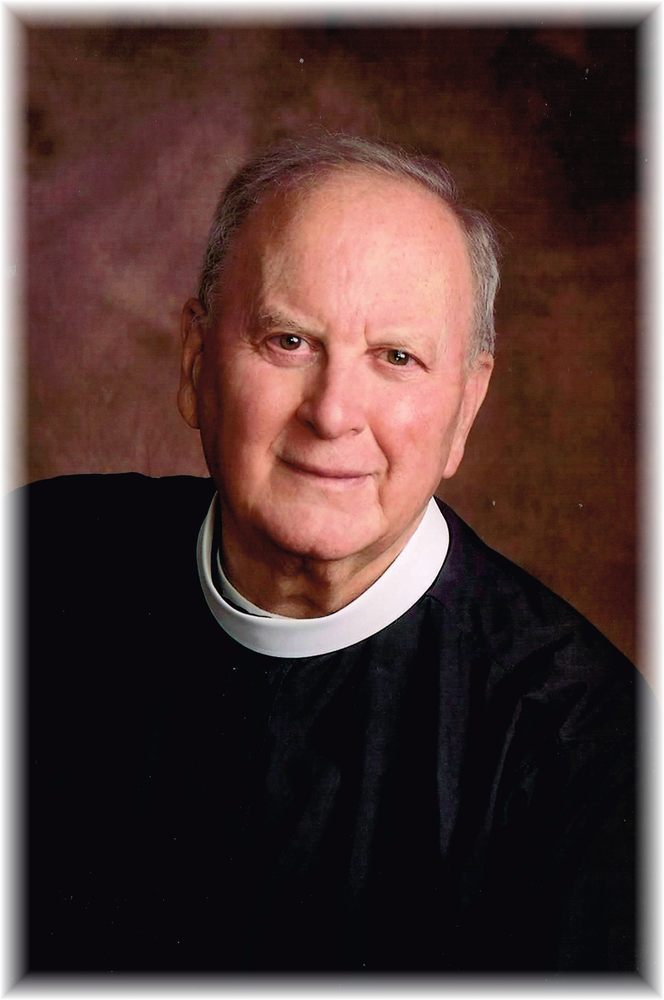 Rev. Canon Rudolph J. van der Hiel passed away early in the morning of Tuesday 29 October after a short illness with his wife beside him and his family nearby. Born on January 25 1940, in Philadelphia, Pennsylvania, Rudy was the son of Peter and Johanna (Bloemkolk) van der Hiel and brother to Jane. He married Lynne (Copestick) van der Hiel on June 6, 1964. Their children are: Roxanne (Steve) Owens, Rebecca (Scott) Horton, Amy van der Hiel, Marijke van der Hiel, and Kristen (Michael) Farrer. He loved to spend time with his grandchildren: Raquel (James) Royster, Jeanette (David) Newton, Tiffany Owens, Christopher Horton, Kaitlyn (Kristofer) Schwambach, Emily Farrer, Grace Farrer, and his great-grandchildren Caleb, Jeanna, James, Penelope, and Fitzgerald. Rudy was a local attorney and retired as senior partner from the Law Offices of van der Hiel and Chappell after almost 40 years. He served as Tioga County District Attorney from 1972-1980. He was on the Board of Directors of First Citizens National Bank and North Penn Telephone Company. He was Solicitor of Mansfield, Lawrenceville and Tioga Boroughs, Deerfield, Rutland, Putnam, and Sullivan Townships. He was a Master Mason at Athenaeum Lodge 247 and in Kiwanis for over 50 years. Rudy was also an Episcopal Minister and served in many local churches as well as the Diocese of Algoma in Ontario, Canada. He also enjoyed many years as a church camp counselor. Rudy always supported his community with great friendliness and care, particularly focusing on children and families in need. He was the person that whenever anything needed to be done or anyone needed help, he was there. He truly made the world a better place. But most of all, Rudy loved spending time with his family at their cottage in Canada. He especially enjoyed cooking for and laughing with his kids and grandkids, and he was the king of all dad jokes. He was an immensely beloved husband, father, father-in-law, grandfather, best friend, and neighbor. Friends and family are invited to call on Friday, November 1st from 5:00-8:00pm at the Buckheit Funeral Chapel and Crematory, Inc. at 637 S. Main St. Mansfield, PA with a Masonic service to follow. A memorial service will be held on Saturday, November 2nd at 5:30pm at St. James Episcopal Church, 18 St. James St. Mansfield, PA. In lieu of flowers, the family would welcome donations in his honor to the Rudolph J. and Lynne van der Hiel Benevolence Fund; the Girl Scouts of Mansfield; the Helen Lutes Foundation; the Marsha K. Mase Association; or the Mill Cove Association. Donations to the Rudolph J. and Lynne van der Hiel Benevolence Fund can be sent care of: the Law Office of Robert W. Chappell, PO Box 156, Rome, PA 18837. Donations to the Girl Scouts, Helen Lutes Foundation and Marsha K. Mase Association can be sent to: First Citizens Community Bank Trust Department, 15 S Main St, Mansfield, PA 16933-1507 Donations to the Mill Cove Association can be sent care of: Mill Cove, Inc., 54 South Main Street, Mansfield, PA 16933 https://millcoveinc.org/membership

Share Your Memory of
Rudolph
Upload Your Memory View All Memories
Be the first to upload a memory!