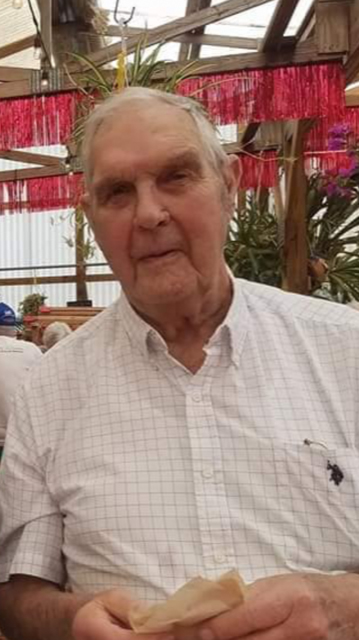 Charles Jones, Jr., age 88, of Tioga, PA passed away at his home surrounded by his loving family on Wednesday, March 25, 2020. He was born on June 26, 1931 in Tioga, PA, a son of Charles, Sr. and Elizabeth (Cummings) Jones. Jr. was the husband of Janet (Andrus) Jones. He was the last surviving male classmate of the Williamson High School class of 1949 and the last sibling in his family. Jr. worked in the maintenance department at Williamson High School and enjoyed woodworking as a hobby. He enjoyed his winter trips to his Florida home. He and his wife were the owners of the former Jones' Dairy Treat. Jr. is survived by his wife Janet; sons Kenneth (Roberta) Jones and Keith (Linda) Jones, both of Tioga, PA; daughter Linda (Barry) Wood of Dansville, NY; daughter Sheila (Max) Dibble of Canton, PA; grandchildren Darla (Bryant) Smith, Jamie (Matt) Orzolick, Tim (Crystal) Jones, Josh (Samantha) Wood, Amy (Chad) Chervinsky, Hunter (Lindsey) Dibble, Kelsea (Nathan) Shope and Lindsea (Anton) Jones. He was preceded in death by his brother and sister-in-law Clifford and Betty Jones; a brother, Raymond Jones; two sisters Marjorie Russell, and Elsie Farr. A private funeral service will be held at Buckheit Funeral Chapel and Crematory, Inc. 637 S. Main St. Mansfield, PA. A public celebration of life will be announced at a later date. Memorial contributions can be made to Tioga Grange #1223, PO Box 6, Tioga, PA 16946 or the Tioga Fire Department, PO Box 141, Tioga, PA 16946 or Called to Love Outreach, 2767 Warm Springs Ave. Huntingdon, PA 16652.

Share Your Memory of
Charles
Upload Your Memory View All Memories
Be the first to upload a memory!