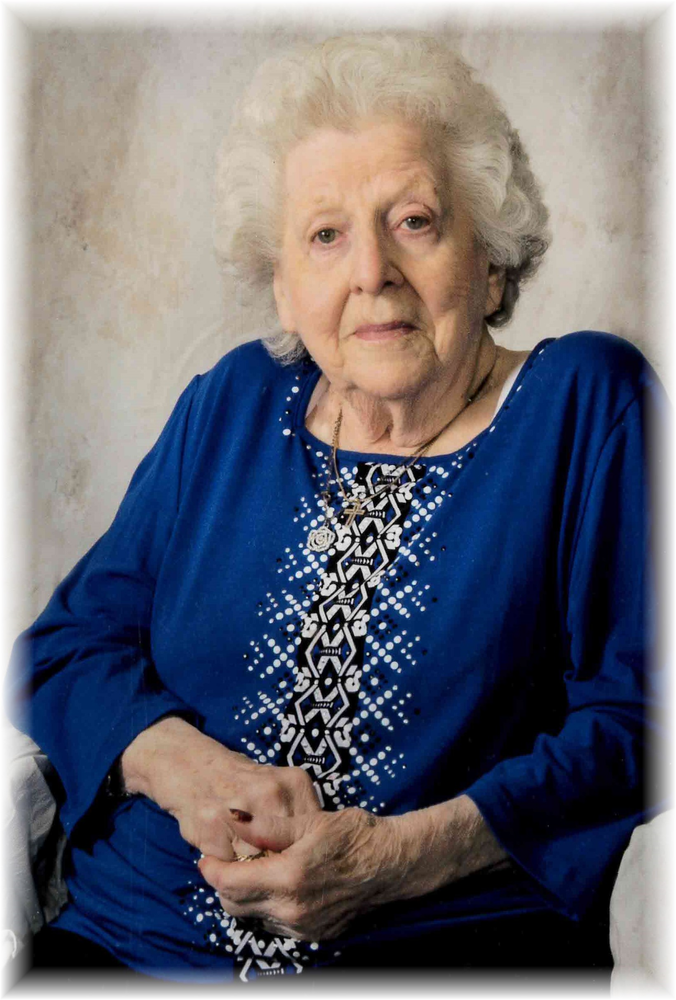 Ruby E. Ogden, age 97, passed peacefully in her sleep on Monday, May 4, 2020 at the Green Home in Wellsboro, where she had received dedicated care for the past seven years. Born to Milton and Ruby (Moore) Brooks of Mansfield in 1922, she was married to Harold Ogden of Blossburg in 1939, who predeceased her in 1983. Ruby was employed for many years at Blossburg State Hospital's dietary department, and in later years enjoyed her hours with students in the Blossburg schools cafeteria. Her hobbies were the bowling team of the hospital, knitting and crocheting afgans, ceramics, baking cookies and peanut brittle, and spending time with family and friends. In later years, it was shopping with her sister in law, Betty Johnson. Ruby was a member of the First United Methodist Church of Blossburg. Ruby is survived six grandchildren, Scott Ogden of Hornell, NY, Richard (Shawana) Ogden of Holiday, FL, Michael (Robi) Ogden of Jasper, TN, Lisa and Stephen Ogden of Scotland, and Joshua Ogden of Portland, OR; seventeen great grandchildren; four great great grandchildren; and a brother, Darwin "Cork" (Rose) Brooks of Liberty, PA; a daughter in law, Carolyn Ogden Campbellsville, KY; and many nieces and nephews. Predeceasing besides her husband; sons, Alfred, Richard, and Thomas Ogden; granddaughter, Angela Ogden; sisters, Evelyn Brooks Frederick, and Gladys Brooks Schirmer; brothers, Raymond, Edwin, Kenneth Brooks, infant, Richard Brooks; two brother in laws; and three sister in laws. A memorial service will be announced in June. Burial will take place in Arbon Cemetery. Buckheit Funeral Chapel and Crematory, Inc. 637 S. Main St. Mansfield, PA is assisting the family.

Share Your Memory of
Ruby
Upload Your Memory View All Memories
Be the first to upload a memory!
Share A Memory
Plant a Tree