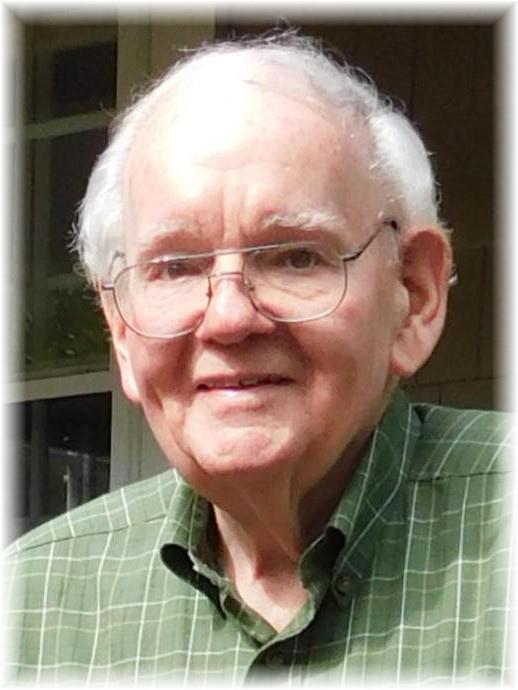 George Michael ("Mickey") Knott entered eternal life on September 22, 2020. He was born on January 14, 1943 in Trenton, New Jersey, to Elizabeth George Knott (+ 1988) and Walter Elmer Knott (+ 1977), and was the older brother of Walter Gerald ("Jerry") Knott (Berlin, NJ). After graduating from Hamilton West High School in 1961, Mickey proudly served his country in the United States Navy until 1965. He was unanimously voted Honor Man of his entire company, the first time this honor had been bestowed upon someone in the history of the Naval Station Great Lakes. He spent four years stationed in Pensacola, FL., where he trained in Communications, as well as in Kamiseya, Japan, and Adak, Ak. He enjoyed sharing stories about his time on the cramped submarine, the USS Diodon, intercepting Morse code signals from Russia. On June 19, 1965 he married his childhood sweetheart, Diane Margaret Affeldt, with whom he spent fifty-five wonderful years. Together they raised two daughters, E. Holly Knott (married to Paul Bokinz; of Lee, MA) and Danielle A. Noe (married to Brian M. Noe; of Naperville, IL). Mickey was a quality control inspector at a local New Jersey manufacturing plant. Retiring in 1987, he relocated his family from Bordentown, NJ, to Wellsboro, PA, where he and his wife worked together as self-employed folk artists and owners of the Pumpkin Basket, a framing and cross-stitch store. He and his wife eventually retired to Mansfield, PA in 1994. Mickey loved to work with his hands; he was an excellent carpenter and he found great joy in fixing things, gardening, and making his home a comfortable and beautiful sanctuary for his family. He spent his retired days and evenings on the back porch, enjoying the mountain breezes while reading a good mystery book or keeping his wife company while she watched British TV. They also enjoyed exploring new areas on their many day trips, weekend getaways, and many vacations in England. One of his greatest pleasures was also talking to his daughters and hearing about their lives and "furbabies." Mickey was a quiet man, rarely spoke an ill word about others or raised his voice. He never minded helping a neighbor or running an errand. Mickey gave of himself one hundred percent and was a model of decency, compassion, and integrity. He was a kind soul and a source of constant support, love, patience, and always gave loved ones a listening ear. By his own example, he inspired his wife and daughters to be strong and independent women, to go after their dreams, and to develop their gifts and talents – and to use power tools! His greatest desire was to care for his family, and he surpassed the achievement of this goal in life. He was and will be forever deeply loved by his wife, adored by his daughters, and respected by friends. May the angels lead him into paradise, where, one day, all will meet again. The funeral arrangements will be private by request of the family and handled by Buckheit Funeral Chapel and Crematory, Inc. in Mansfield, PA. In lieu of flowers please consider donating in his name to your favorite charity.

Share Your Memory of
George
Upload Your Memory View All Memories
Be the first to upload a memory!