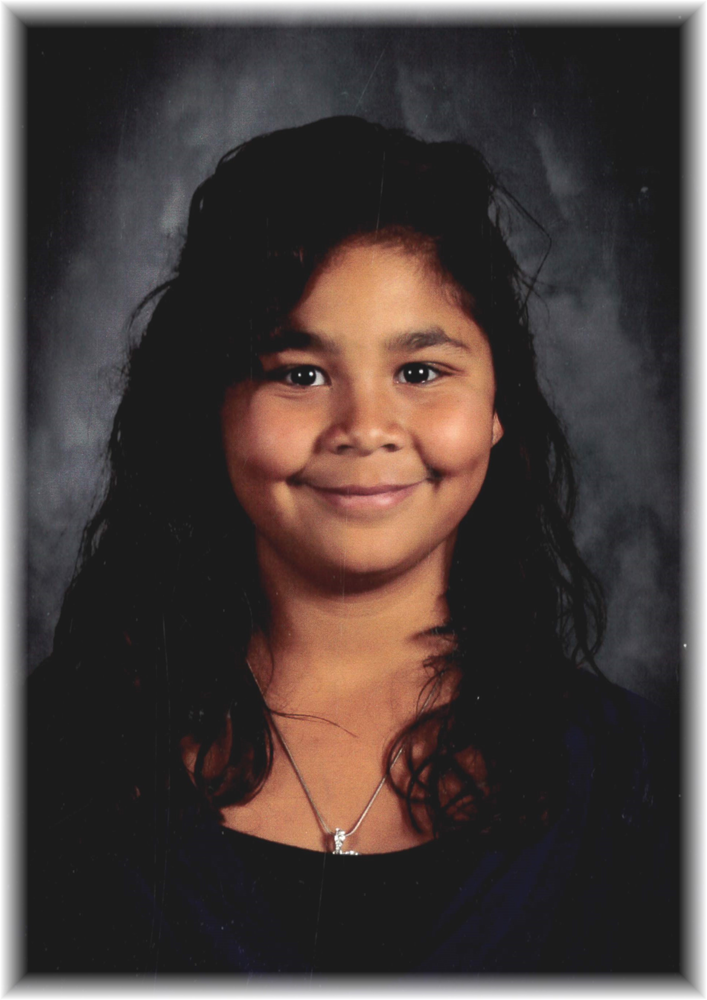 Alexis Marie Jones, age 13, of Wellsboro, PA, died November 7, 2020 at Soldiers and Sailors Memorial Hospital ER in Wellsboro. She was born on October 30, 2007 to Nicole and Lyle Jones of Wellsboro, PA. Alexis was a 7th grader at Rock L. Butler Middle School where she was taught by her favorite teacher, Mrs. Witmer. She participated in dance classes with her Aunt Judi in the Parks and Rec program until her illness would no longer allow her to. She enjoyed four wheeling, camping, and playing games with her family. She is described as funny and frequently laughing. Alexis loved to make crafts with her mom and nieces which she would often hand out to family as gifts. Alexis is survived by her parents, Nicole and Lyle Jones of Wellsboro, PA; two sisters, Sherell Jones of Elmira, NY, and Megan Richards of Wellsboro, PA; two brothers, Tyler Jimenez and Shelby of Blossburg, PA, and Joey Jones and Sheon of Pittsburgh, PA; grandparents, Richard and Geri Kennedy of Wellsboro; four uncles, Robert Kennedy and Judi of Wellsboro, James Jones and Kelly of Harrisburg, PA, Linford Jones and Andrea of Pittsburgh, PA, and Michael Jones and Joan of California, PA; as well as many nieces and nephews. She was preceded in death by her paternal grandparents, James and Marietta Jones; and Uncle Gerald Jones and Gerard Jones. Family and friends are invited to call on Saturday, November 28, 2020 from 1 to 2 PM at the Buckheit Funeral Chapel and Crematory, Inc. 637 S. Main St. Mansfield, PA. Funeral services will immediately follow the viewing at 2 PM at the funeral home with Pastor Ronnie Munson officiating. Donations can be made to the funeral home to help with expenses. www.buckheitfcandcrematory.com

Share Your Memory of
Alexis
Upload Your Memory View All Memories
Be the first to upload a memory!