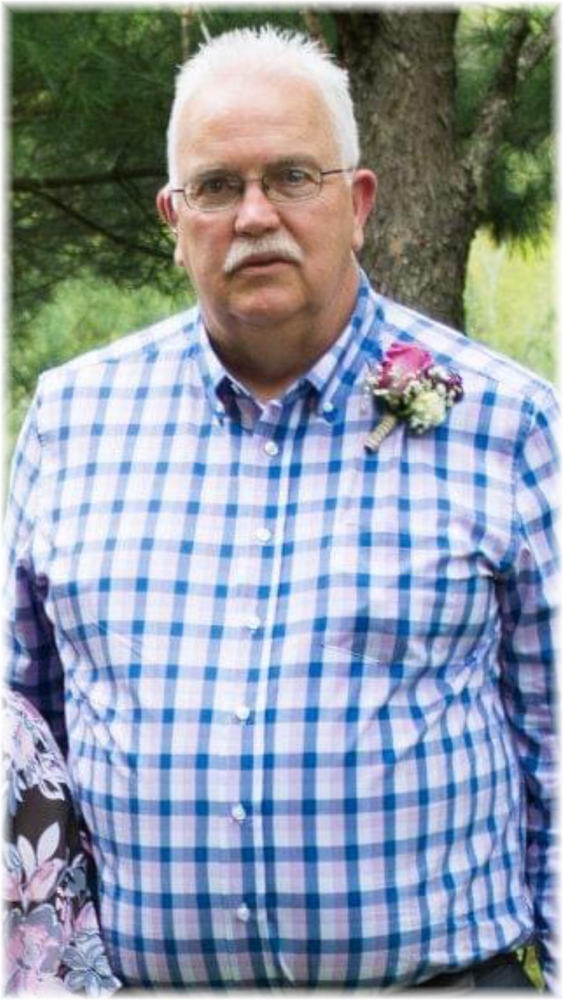 Samual David Lloyd, age 65, of Mansfield, PA, passed away on Tuesday, December 29th, 2020 at Robert Packer Hospital in Sayre, PA with his two loving daughters by his side after fighting a long battle of COVID-19. He was born on April 1st, 1955 in Blossburg, PA. He was a retiree from Ward Manufacturing in Blossburg, PA after a long dedicated 39 years. Every time there was a yard sale, you caught Sam at it bright and early. He also enjoyed going on walks, doing puzzles, and taking naps. Another thing Sam enjoyed doing was coaching softball, attending his grandson's football and basketball games, going to his granddaughter's cheerleading competitions, and spoiling his newest grandbaby. You always seen Sam spending time with his family. He always looked forward to helping his sisters prepare for the Lloyd/Gee family reunion each year. Many say that they do not remember the last time they have seen Sam without Sharry and Sharry without Sam as they have spent a long loving 45 years together. Sam is survived by his wife, Sharyl Kay Lloyd of Mansfield, PA; His daughters Amy (Eugene) Miller of Roaring Branch, PA and Abbie (Maxwell Henry) Lloyd of Mansfield, PA; Four grandchildren, Christopher (Rachel) Makley of Montgomery, PA, Logan and Nathan Makley of Morris Run, PA, and Alivia Henry of Mansfield, PA; Two brothers, William Lloyd Jr. of Canton, PA and Joseph (Mary Anne) Lloyd of Manhiem, PA; His sisters, JoAnn Kreger of Liberty, PA, Lauretta (Dean) Carpenter of Victor, NY, Ginny (Todd) Paup of Felton, PA, and brother-in-law, Alan Morrison of Anna, Texas. Many nieces and nephews and their families. He was preceded in death by his parents William and Leora Gee Lloyd; His sisters, Sandra Furst, Marian Margaret Gilbert (well known as Peggy), Cinda Morrison; Brother-in-law, Alvin Kreger; Granddaughter; Kloey Miller. A memorial service is to be announced at a later date for family and friends. In lieu of flowers, donations could be made to Sharry to help with any expenses and can be mailed to 41 East Main Street, Mansfield PA. Buckheit Funeral Chapel and Crematory, Inc. 637 S. Main St. Mansfield, PA is assisting the family.

Share Your Memory of
Samual
Upload Your Memory View All Memories
Be the first to upload a memory!