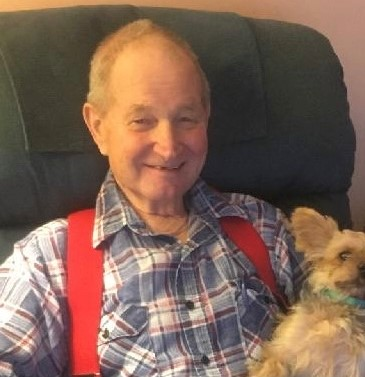 Thomas H. "Tom" Loomis, age 79, of Mansfield, PA passed away at his home on Saturday, January 23, 2021. He was born on July 13, 1941 in Bay City, MI, a son of Herald and Viola (Corey) Loomis. Tom was married to the late Mary K. (Porter) Loomis for 51 years prior to her death on March 5, 2018. He was a veteran of the US Air Force and a professor in the Art Department of Mansfield University for 30 years. He enjoyed tinkering, inventing, teaching and creating art. Tom is survived by his sons, Jeffrey (Dawn) Loomis of Mansfield, PA, Todd (Adrienne Fleek) Loomis of Cooper Landing, AK, and Guy (Ashley Bellows) Loomis of Mansfield, PA; eight grandchildren Kyle Mattison, Samantha Bohart, Megan Warren, Peyton Loomis, Gavin Loomis, Sydney Loomis, Michael Lundy and Lela Lundy; three great grandchildren Delaney Mattison, Hunter Mattison and Bryce Loomis; and his care-giver Megan Earle. He was preceded in death by his wife, Mary, and his sister Royal Birky. In keeping with the family's wishes, there will be no services. Buckheit Funeral Chapel and Crematory, 637 S. Main St., Mansfield, PA is assisting the family.

Share Your Memory of
Thomas
Upload Your Memory View All Memories
Be the first to upload a memory!