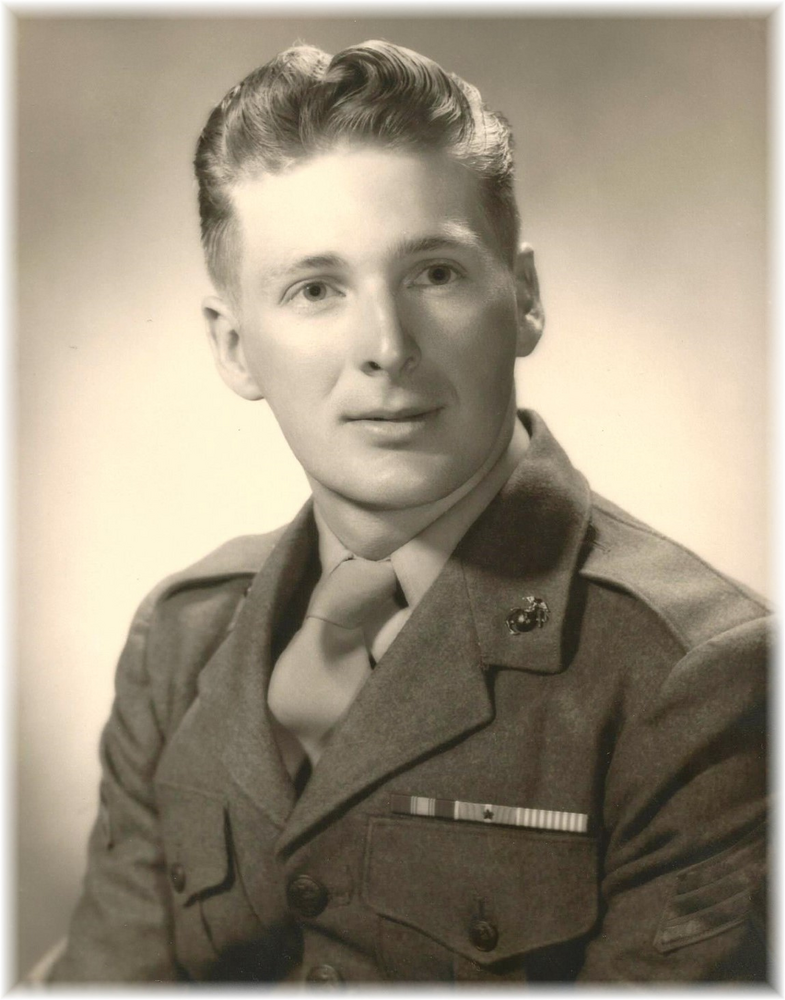 David Lester VanOrder, age 87, of Covington, PA, passed away on Thursday, August 19, 2021 at his home. He was born on February 28, 1934, a son of Elmer and Emma Mae (Hutchison) VanOrder. David and his wife, Betty Jean (Thornton) VanOrder, celebrated 66 years of marriage on February 12, 2021. He was a supervisor for F.T. Kitlinksi and was a member of the Blossburg VFW and the Arnot Sportsmen's Club, and the American Legion. David was a sergeant for United States Marines having served in the Korean War from 1951-1954. He enjoyed hunting, spending time with his family, and cooking in his crockpot. David is survived by his wife; two sons, David L. (Michelle) VanOrder, Jr. of Jackson Center, PA, and Chris L. (Jeanne) VanOrder of Brookhaven, PA; two daughters, Cindy (Mark) Angelone of State College, PA, and Bonnie (Jim) Blessing of Philadelphia, PA; seven grandchildren, Dan, Sarah, Jeremy, Billy, Ben, Laurel, and Andrew; two great grandchildren, Charlotte and Briella; and many nieces and nephews. He was preceded in death by his sisters, Marguerite Torpy and Jeanette Mann; and a brother, Kenneth VanOrder. Friends and family are invited to call on Saturday, September 25, 2021 from 11am-12pm at Buckheit Funeral Chapel and Crematory, Inc. 637 S. Main St. Mansfield, PA. A memorial service will follow immediately at 12pm with Pastor Harry Colegrove officiating. The family would like to thank The Green Home, UPMC Williamsport, and UPMC Hospice. In lieu of flowers, memorial contributions can be made to UPMC Hospice 1100 Grampian Blvd. Suite 4S Williamsport, PA 17701.

Share Your Memory of
David
Upload Your Memory View All Memories
Be the first to upload a memory!
Share A Memory