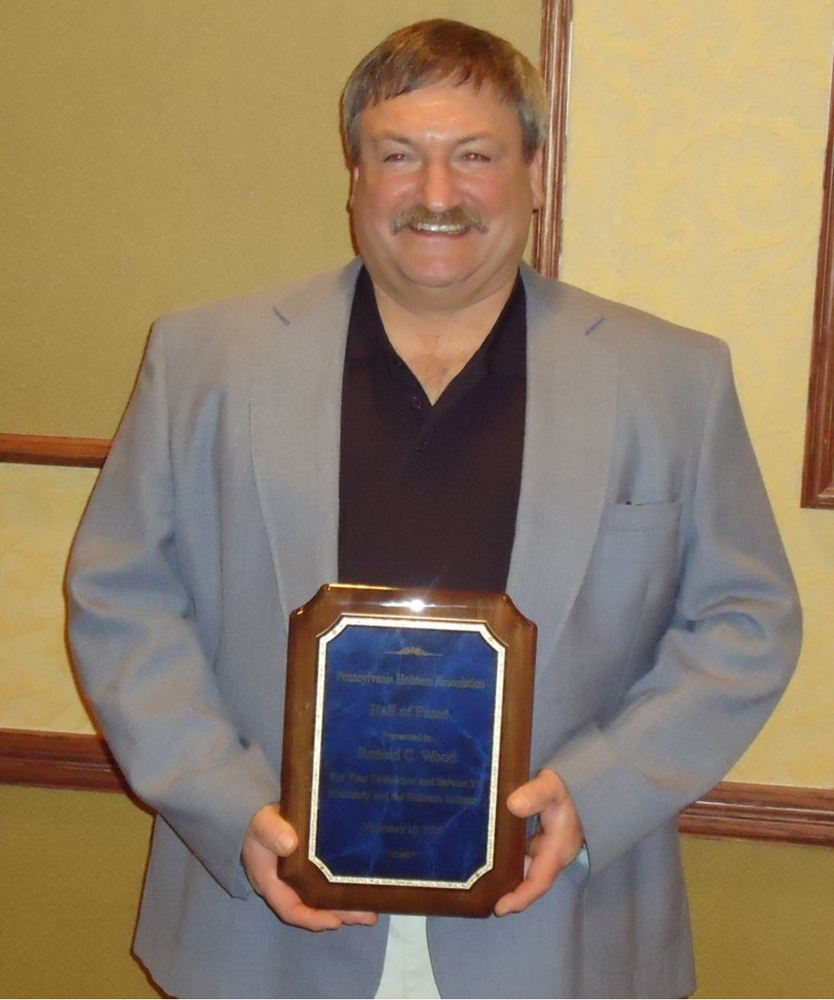 Ronald Christopher Wood, age 69, of Mansfield, PA, passed away on Wednesday, October 20 at his home. He was born on July 28, 1952 in Wellsboro, PA, a son of Gordon Milford Wood and Dorothy Theresa (Walkowiak) Wood. Ronald was a distinguished dairy farmer and was a member of Holy Child Catholic Church. He graduated from Mansfield High School in 1970 and then enrolled in Westminster College to study political science. During his sophomore year at Christmas break, he returned home to find that the herdsman for the family farm had quit. Ron chose not to return to college and stayed home to fill the role of herdsman at Gor-Wood-D Farms. The rest is history. With the family and crew working together and Ron leading the genetics and breeding program, Gor-Wood-D Farms claimed Grand Champion at the Northeast Championship Show in 1983, 1984, and 1985. They exhibited Champion or Reserve at the Northeast Championship Show in 1975, '76, '78, '81, '82, '83, '84, '85, '86, '87, '88, '91, '92, '94, 2000 and 2003. In addition, Gor-Wood-D also was named Premier Breeder and Exhibitor of that District Show 12 times in the 13 years from 1979 to 1992. At the PA state show, Gor-Wood-D was Premier Breeder from 1986-1991. Ron served on the Tioga County Holstein Association Board and the PA Holstein Association Board. He also served on the Holstein Association USA Board for two terms from 1994-2002. While on the USA Board he served on the field operations, international, and Genetic Advancement committees. In 2001 the National Board of Directors made him a unanimous choice to serve on the Executive Committee. In 2011, he was inducted into the PA Holstein Association Hall of Fame. Joining his father Gordon and becoming the first father son team to ever attain such status. Ron remained active in the local dairy community and often lent his services to judge or announce pedigrees at the Tioga County Fair, local auctions, and professional workshops. He was a true mentor and friend to many and his presence will be greatly missed at countless farms, along many country roads, and at many euchre tables throughout this neck of the woods. Ronald is survived by his father, Gordon Milford (Sheila Mortimer) Wood of Tioga, PA; three brothers, Bob (Deb) Wood of Mansfield, PA, Tim (Terri) Wood of Tioga, PA, and Ted (Lisa) Wood of Mansfield, PA; a sister, Julie (Jeff) Gerber of Addison, NY; and many nieces and nephews. He was preceded in death by his mother and a special friend, Marge Lant. Friends and family are invited to call on Saturday, October 30, 2021 from 2p.m. to 4:30p.m. at Buckheit Funeral Chapel and Crematory, Inc. 637 S. Main St. Mansfield, PA. A funeral service will follow immediately at 4:30pm with Pastor Kenneth Marple officiating. In lieu of flowers, Memorial contributions can be made to the Tioga County Fair - P.O. Box 52, Middlebury Center, PA 16935.

Share Your Memory of
Ronald
Upload Your Memory View All Memories
Be the first to upload a memory!
Share A Memory