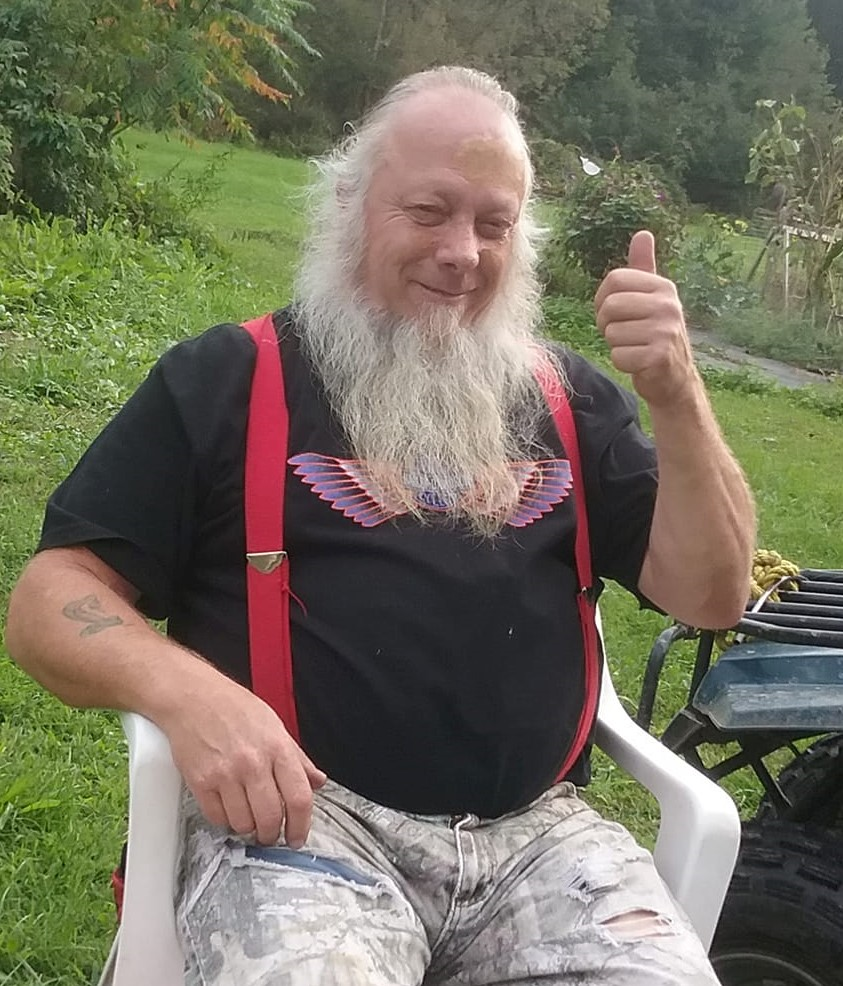 James Raymond Shrout, age 56, of Lawrenceville, PA, passed away at his home with his loving companion Dianna Shrout on Saturday, October 30, 2021. He was born on December 13, 1964, in Ithaca, NY, a son of James and Doris (McCann) Shrout. James worked as a stamping machine operator. He was an avid outdoorsman who enjoyed off-roading and hunting. James is survived by his son, James Shrout of Watkins Glen, NY, and a brother Ronald (Peggy) Shrout of Gillett, PA. He was preceded in death by his daughter, Stacey Shrout; his parents; and a brother, Daniel Richard Shrout. In honoring Jimmys wishes, there will be no services. Buckheit Funeral Chapel and Crematory, Inc., 673 S. Main St., Mansfield, PA, is assisting the family. www.buckheitfcandcrematory.com