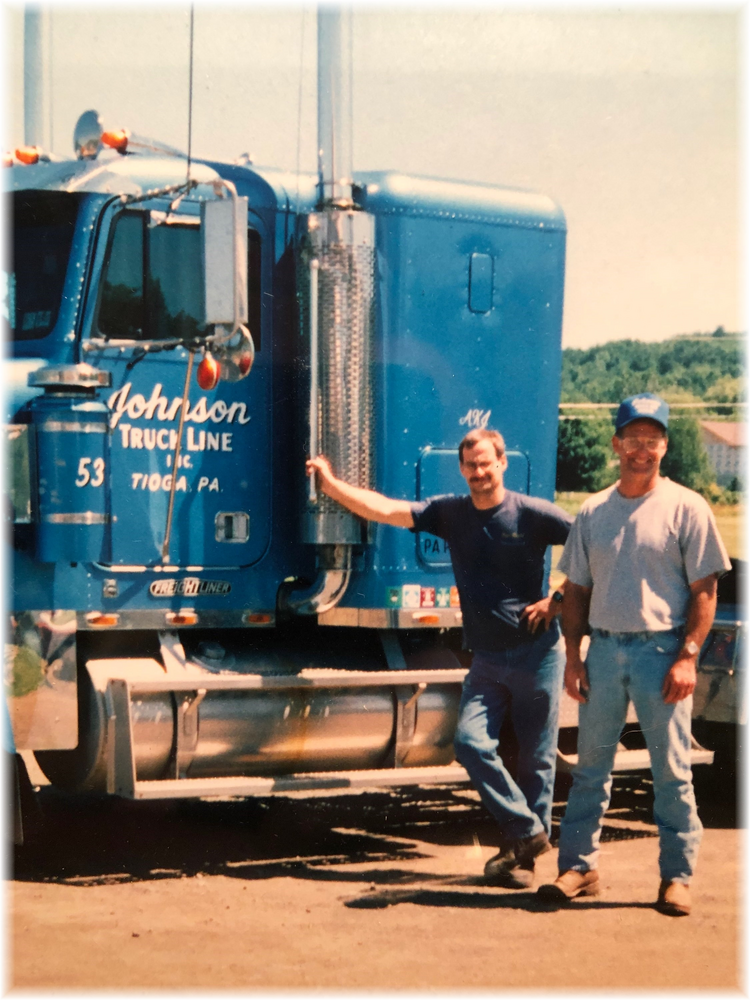 Stacey M. Johnson, age 58, of Mansfield, PA, passed away on Tuesday, November 9, 2021 at Soldiers and Sailors Memorial Hospital in Wellsboro, PA. He was born on June 21, 1963 in Elmira, NY, a son of Arthur Kiley and Shirley Ann (McConnell) Johnson. Stacey owned and operated Johnson Truck Line. Stacey is survived by his son, Kiley Arthur Johnson of Bristol, CT; his daughter, Rani Marie (Alec) Simpson of Mansfield, PA; two brothers, Scott (Vicki) Johnson of Wellsboro, PA, Stuart Johnson of Easton, MD; a sister, Sarah (Jerry) Valimont of Mainesburg, PA; and several nieces and nephews. He was preceded in death by his parents; his brother, Steve Johnson; and a sister, Susan Johnson. In honoring Stacey's wishes, there will be no services. Buckheit Funeral Chapel and Crematory, Inc. 637 S. Main St. Mansfield, PA is assisting the family.

Share Your Memory of
Stacey
Upload Your Memory View All Memories
Be the first to upload a memory!
Share A Memory