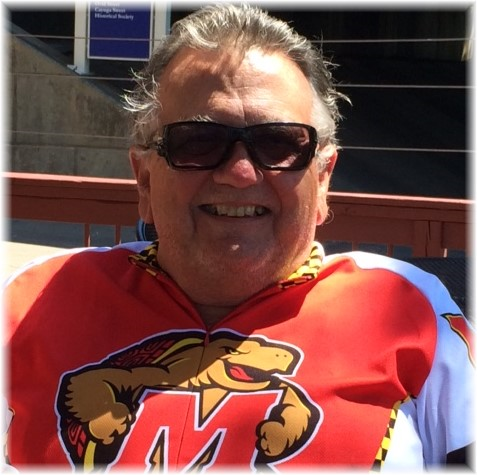 Edward W. Thomas (Ed to most of his friends, Ted to his family) was born in Plymouth, PA. He died in ICU Geisinger Hospital, Danville, PA. Ed graduated from Plymouth High School in 1963, where he was a member of the Band Concert. He was a Vietnam veteran of the US Air Force from 1968 to 1972. Ed obtained a bachelor's degree from the University of Maryland and worked as a Data Communications Specialist and Sales Representative for AT&T (later Lucent and Nokia) in Washington, DC until he retired in January 2000. He is survived by his wife, Judy Lovvorn Thomas; daughter, Kimberly Thomas; son-in-law, Jonathan Sacks; grandsons, Theo and Henry Sacks-Thomas; and Kimberly's mother, Patti Korick Thomas. He also has many loving nieces, nephews and great nieces and nephews. Ed was a music lover with a vast collection of vinyl records and CDs. At the age of 60, with the encouragement of his daughter, Ed began to bicycle. He could be seen all around Tioga County as he prepared for various rides. He thoroughly enjoyed the yearly Bon-Ton Roulet, sponsored by the Cortland/Auburn YMCA. In 2009, he rode cross country from San Diego, CA to St. Simsons Island, GA, with the Wandering Wheels Group. This was accomplished in 42 days. Ed and Judy lived on a sailboat in the Baltimore Harbor, MD, for several years during which time he had to set aside his hobby of model trains, specifically N-Scale. When he and Judy retired in 2000 and moved to Tioga, PA, Ed pulled these trains from storage and got involved in the hobby again. He became the president of the Twin Tiers N-Trak Model Railroad Club. With his leadership, the club grew to over 25 members and participated in shows in many states. They could be seen every year at the St. Paul's Episcopal Church during Dickens Day. Friends and family are invited to call from 10:00 AM to 11:00 AM on Thursday, December 2, 2021, at Buckheit Funeral Chapel and Crematory, Inc., 637 S. Main St., Mansfield, PA. A funeral service will immediately follow at 11:00 AM. Burial will take place with military honors in the Bath National Cemetery, Bath, NY. In lieu of flowers, memorial donations may be made to the Lawrenceville Fire Department, PO Box 177, Lawrenceville, PA 16929 or Second Chance Animal Sanctuaries, 725 Gee Road, Tioga, PA 16946.