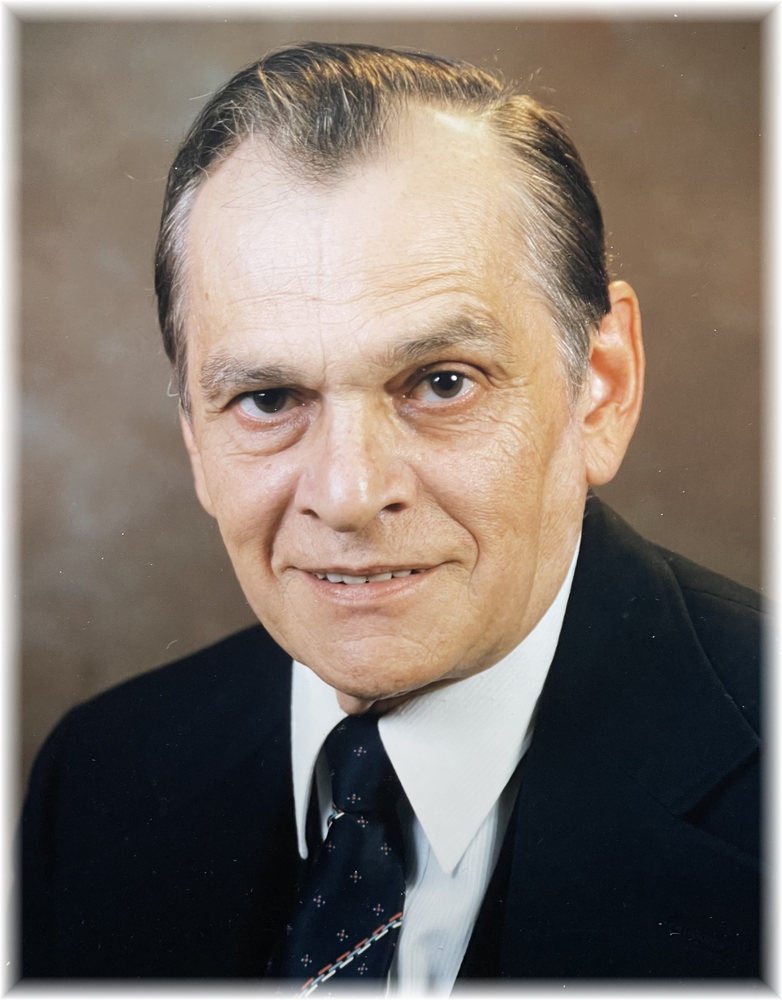 Please share a memory of Louis to include in a keepsake book for family and friends.
View Tribute Book
Louis Vincent Messineo, age 93, of Covington, PA, passed away peacefully at home under the care of his loving wife, Ellie, on Monday, January 31, 2022. On November 29, 1928, he was born in Rochester, NY, a son of Angelo and Mary (Fawzon) Messineo. Louis and his wife, Eleanor (Jenneiahn) Messineo, celebrated 54 years of marriage on November 23, 2021. Louis was a veteran of the United States Army, having served proudly during the Korean War. Louis received his BS/MS degrees from the University of Rochester and his Ph.D. from the University of Syracuse. Over 40 years, Louis worked in several administrative roles across NY, NH, and CT. After ten years as Superintendent in Tolland, CT, he retired, being formally recognized at the State level for District performance. Louis helped establish a commercial successful reading program and co-founded DataGuide, a software company allowing local school districts to scan, score and analyze tests in-house. In addition, he published a book on designing learning programs for special education students. After retirement, Louis continued as an educational consultant and enjoyed sharing his love for students by sharing ideas with his son David, a previous Wellsboro School Board Director. Louis enjoyed classical and jazz music, golf, tennis, ping-pong, and dancing. He joined Ellie and community members in both square dancing and round dancing for several years. In addition, he absolutely loved telling his grandchildren stories, engaging in puzzles, and playing board games. In 2008, Louis and Ellie realized a dream of starting a successful Bed & Breakfast. Over many years, the log cabin, known as Copp Hollow, delighted the family with get-togethers and meeting new people from around the country. Louis enjoyed keeping the property in top form, mowing the lawns, and walking guests throughout the natural beauty of the property. Louis is survived by his wife, Eleanor; a son, David (Helene) Messineo of Wellsboro, PA; a stepson, Keith Avery of Tioga, PA; a stepdaughter, Belinda (Tom) Stoto of Portland, CT; ten grandchildren; and six great-grandchildren. He was preceded in death by seven brothers and sisters. Following a private service, a celebration of life will be announced. The family appreciates the care provided through Guthrie and UPMC/Wellsboro, and his private CNA Daphne Segar. Buckheit Funeral Chapel and Crematory, Inc. 637 S. Main St. Mansfield, PA is assisting the family.

Share Your Memory of
Louis
Upload Your Memory View All Memories
Be the first to upload a memory!
Share A Memory