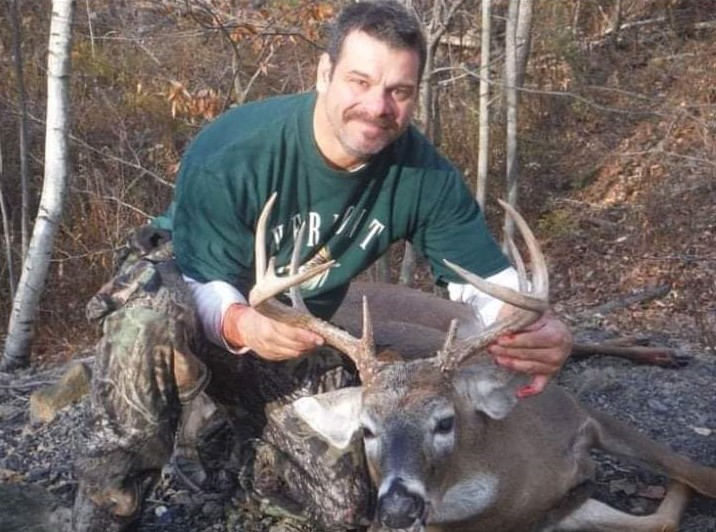 Anthony Sautner, age 56 of Blossburg, PA, passed away on Saturday, February 12, 2022, at Soldiers and Sailors Memorial Hospital. He was born on October 6, 1965 in Philadelphia PA, a son of Frank and Anita (Aruto) Sautner. Anthony was married to Robyne (McClelland) Sautner for 29 years. He worked as a police sergeant for the city of Philadelphia. Anthony was a member of the Immaculate Heart of Mary Catholic Church in Philadelphia, and enjoyed hunting, fishing, building things, and most any outdoor activity. Anthony is survived by his wife; sons Christopher Sautner of Mansfield, Scott (Taneal) Sautner of Blossburg, A.J. Sautner of Mansfield, and Joey Sautner of Blossburg; daughters Caitlynne (Anthony) Frisbie of Columbia Crossroads, and Samantha Sautner of Mansfield; Grandchildren Carter, Kaylee, Lydia, Brysin, Addisyn, Willow, Austin, Hunter, and Kyra; Brothers Frankie (Sherri) Sautner III, and Ryan Sautner; sisters Donna (Michael) Schonewolf , Cheryl (Rich) Werntz, and Lisa (Matt) DeTora; and stepmother Nancy Sautner of Blue Bell PA. Beloved son in law Mary Dougherty and dear friend of Beth Righter Rothwein both of Philadelphia. A viewing will be held on Friday, February 18, from 5:00 PM to 7:00 PM at Buckheit Funeral Chapel and Crematory, 637 S. Main St. Mansfield, PA. A Mass of Christian Burial will be celebrated at Holy Child Catholic Church, 242 S. Main St. Mansfield, PA on Saturday, February 19, at 10:00 AM with the Rev. Bryan Wright as Celebrant. Burial will take place in Arbon Cemetery in Blossburg, PA. In lieu of flowers the family asks that contributions be made to the Survivors Fund of the Philadelphia Police Department. Buckheit Funeral Chapel and Crematory Inc. is assisting the family.

Share Your Memory of
Anthony
Upload Your Memory View All Memories
Be the first to upload a memory!
Share A Memory