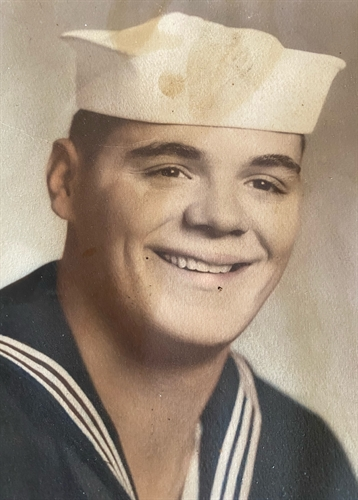 Patrick S. Kennedy, 84, of Cameron Ny, entered into rest on Wednesday, April 6 2022 at Robert Packer Hospital in Sayre Pa, surrounded by his family. He was born in Waterbury Ct. He was a supervisor at Fabric Fire Hose Company in Sandy Hook Ct, and owner of Cameron General Store in Cameron Ny. He was a veteran of the US Navy. He enjoyed attending Christ Episcopal Church in Corning Ny. In addition, he enjoyed giving back to the community, including other veterans. Even after his passing, he donated his tissue for use with burn victims and other organs for research Pat had 13 grandchildren, several great grandchildren, nieces and nephews. He is survived by Margaret (Vernon) Buell of Southbury Ct, Patricia Kennedy of Tivoli Ny, Myra (Rick) Graham of Addison Ny, Tim Calkins of Cameron Ny, and brother John (Sandra) Kennedy of Oakville Ct. Pat was predeceased by his wife Edna (Hawthorne) Kennedy, by his parents John and Cecilia (sirois) Kennedy, brothers Thomas and Robert, 2 sons John and Michael Kennedy, and daughter Rebecca Jean Noga. In honoring Pat's wishes, there will be a celebration of life date to be determined. Burial will take place at Woodbury Cemetery in Woodbury Ct. Buckheit Funeral Chapel and Crematory, Inc. 637 S. Main St. Mansfield, Pa is assisting the family.

Share Your Memory of
Patrick
Upload Your Memory View All Memories
Be the first to upload a memory!
Share A Memory