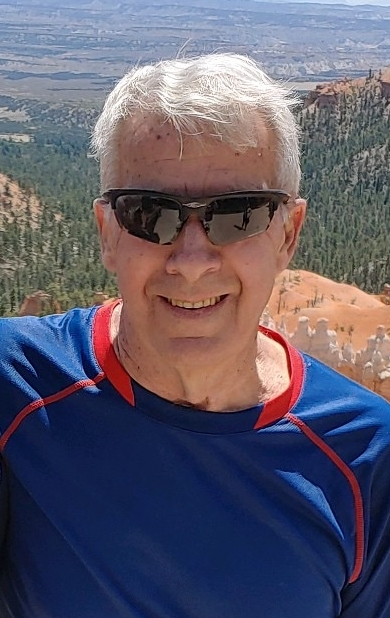 Richard Allen Morgan, Sr., beloved husband of Barbara (Haig) Morgan went to be with his Lord on April 6, 2022. He was born on May 31, 1942 in Philadelphia, PA to William L. and Agnes (White) Morgan. He attended Christian Day Academy in Germantown, Phila, PA. He met his future wife at 6 years old when she moved into his neighborhood. They saw each other virtually every day as kids and fell in love when she was 18 and he was 20. They were married on January 2, 1964 at Georgia Avenue Baptist Church and shared 58 years of marriage. In 1968, they bought land in Farmington Twp., PA and in 1974 built a house and moved to Tioga County. Dick was a heavy equipment operator by trade and was thrilled to be able to move to their land when construction began at Tioga-Hammond and Cowanesque Dams. He worked for Glasgow, Groves and Lane Construction companies. When the dams were completed, he went to work for Halls Homes and Lumber. He was a 57- year member of Masonic Lodge #115, Philadelphia, PA. Dick and his wife are members of Tabernacle Baptist Church, where he served as a Trustee. When their three children were on the track team at Williamson HS, the family started doing foot races with the kids, including Wineglass Marathon. This led to a complete change in lifestyle and taking up biking and swimming. In 1992, they started competing on USAT Team USA and from then on did extensive traveling/racing in Europe, Australia, New Zealand, Canada, and Mexico. Dick raced cars and was a dynamic cyclist. He is survived by his wife, a daughter, Dawn (Jeff) Loomis, sons, Richard (Johanna) Morgan, Jr., and Mark (Billie Sue) Morgan; eight grandchildren, Richard (Heather), Kyle (Heather) Mattison, Brian (Halle), Erin (Travis) Cocker, Tyler (Autumn), Steven (Rebecca), Derek, and Samantha (Zack) Bohart; sixteen great-grandchildren; a brother, David, several nieces and nephews, his fellow members of TBC whom he loved spending time with, especially Matthew and Kobe. He was predeceased by his parents, a sister, and two brothers-in-law. Friends and family are invited to call on Sunday, April 10, 2022 from 2:30-4:00pm at Tabernacle Baptist Church, 9 Eden Lane Tioga, PA. A memorial service will follow at 4pm with Pastor Steven Neff officiating. In lieu of flowers, memorial contributions can be made to the church. Buckheit Funeral Chapel and Crematory, Inc. 637 S. Main St. Mansfield, PA is assisting the family.