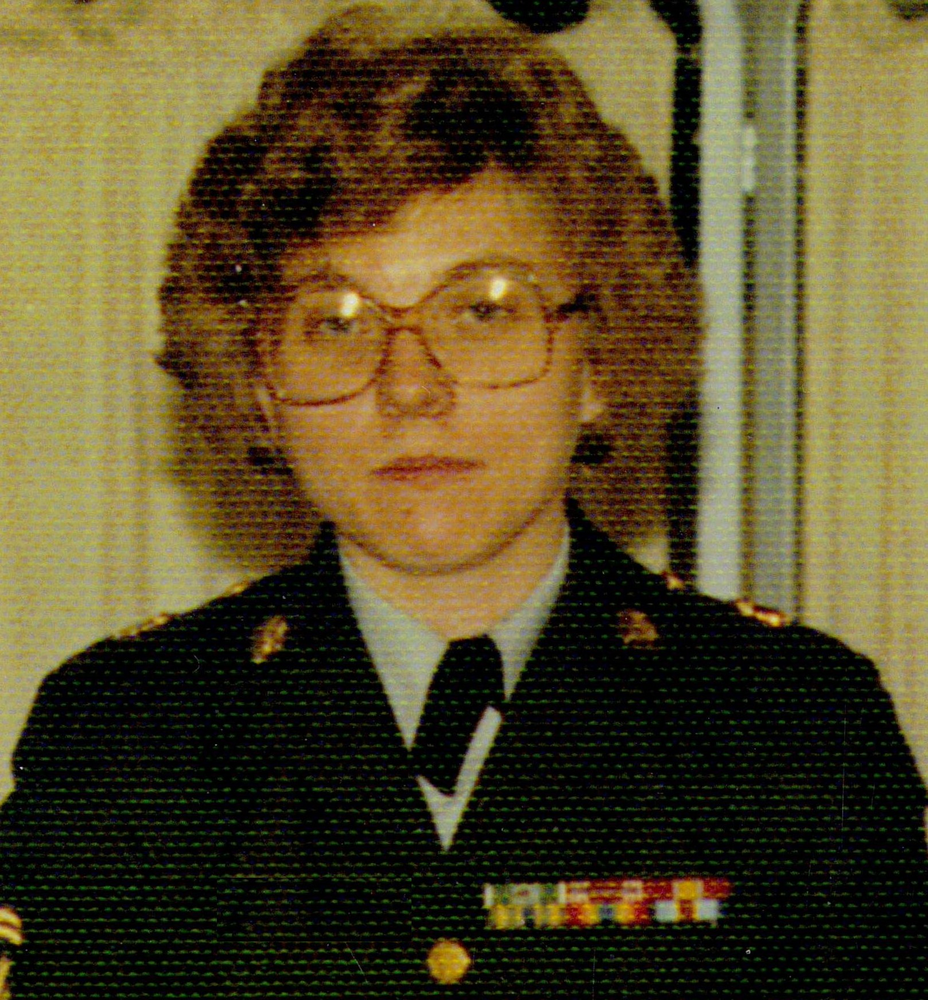 Denise J. Moore, 67, of Howard, PA, passed away Tuesday, July 19 following a long battle with cancer. Denise was born Aug. 27, 1954 in Wellsboro to Duane J. and Marjorie J. Moore of Galeton. Denise was a 1972 graduate of Mansfield Jr./Sr. High School. She served in the United States Army during the Vietnam War era as a computer operator and Chaplain assistant, attaining the rank of E6/Specialist 6, serving until 1986 when she retired from the military due to her cancer diagnosis. Denise was a "trooper" fighting through five bouts of thyroid cancer. She was a member of the Presbyterian Church. Denise attended Louisville Seminary in Louisville, KY, with the intention of becoming a Presbyterian minister. In 1997, her plans were waylaid by a second bout of cancer, followed by two more versions of thyroid cancer in subsequent years. She received a call from God and a strong passion for retreats during this time, which led her to do extensive work on developing a spiritual retreat center called Emmaus Way. In spite of her health issues, God used Denise to be a light and strength to many people. God's strength and grace were a constant presence in her life and she found great fulfillment in helping others see that Divine presence in their own lives. Denise had a passion for animals and was blessed to be able to rescue multiple animals, some which were at great risk. She leaves behind her three-year-old border collie mix, Shadow, who was rescued from a puppy mill; her two-year-old black lab, Micah and Malachi, her cat who she said chose her as she chose him. Denise was proud of her military service and loved serving her country and her Lord. She was predeceased by her parents, Duane and Marjorie Moore. She is survived by her sister, Renee J. Lippincott, of Tuscon, Ariz., a niece, Kelly Rhodes, of Tuscan, Ariz., and her fur babies, Shadow, Micah and Malachi. She will be interred at Tioga Memorial Gardens at a time to be announced. Services will be officiated by the Rev. Charity Potter and military honors will be accorded by the Tioga County Honor Guard at the time of interment. Memorial donations may be made to the ASPCA or the Disabled American Veterans. Arrangements are being handled by Buckheit Funeral Chapel and Crematory, Inc., Mansfield. www.buckheitfandcrematory.com

Share Your Memory of
Denise
Upload Your Memory View All Memories
Be the first to upload a memory!
Share A Memory