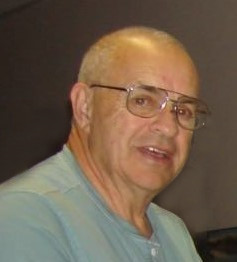 Obituary of Gary A. Ruberto

Gary A. Ruberto, 82, educator, coach, and longtime resident of Blossburg, PA, passed peacefully on December 4, 2022, surrounded by family while a patient at Robert Packer Hospital, in Sayre. Gary was born on November 25, 1940, in Ridgway, PA to Clarence and Edith (Berardi) Ruberto, Sr. He graduated from St. Marys High School and attended Lock Haven State College (University) where he received his Bachelor's degree in Health and Physical Education and was a major contributor to the basketball team as a starting point guard, and to the baseball team where he often led the team in batting average. Upon graduation, he headed north to Blossburg to begin his teacher career where he met the love of his life, Leona Morley, and was married on June 20, 1964, at St. Joseph's Catholic Church in Morris Run. Gary continued his education with post-graduation work at Cortland State College. During his 39-year teaching career at North Penn Jr./Sr. High School in Blossburg, Gary taught countless students in science, health education, and driver education. Gary coached varsity basketball for several years and was inducted into the Tioga County Sports Hall of Fame in 2001 for his accomplishments. Gary also enjoyed hunting, fishing, and growing his prized vegetables in his garden. He was a member of the Arnot Sportsmen Club, the Wheel Inn, Kiwanis Club, Knights of Columbus, Holy Child Parish, and a lifetime member of the Hillside Rod and Gun Club. One of Gary's greatest joys in life was being a father and grandfather. He is survived by children Gregory Ruberto (Tina) of State College, PA and Gail Berguson (Kevin) of Jersey Shore, PA; and beloved grandchildren Alyson Nese (Rob), Jenna Ruberto, Dylan Berguson, and Collin Berguson. Besides his parents, Gary was preceded in death by his brother Clarence and granddaughter Roslyn Ruberto. Friends and family may visit from 10:00-11:00 am on Saturday, December 10, 2022, at Buckheit Funeral Chapel and Crematory, Inc., 637 S Main St, Mansfield PA. A Mass of Christian Burial will be celebrated at St. Mary's Catholic Church, 144 St. Mary's St, Blossburg, PA with Reverend Bryan Wright officiating. He will be laid to his final rest in St. Joseph's Cemetery, Morris Run, PA. In lieu of flowers, the family requests that you consider making a contribution in Gary's memory to the Blossburg Fire and Ambulance Association or to the charity of your choice. www.buckheitfcandcrematory.com

Share Your Memory of
Gary
Upload Your Memory View All Memories
Be the first to upload a memory!
Share A Memory