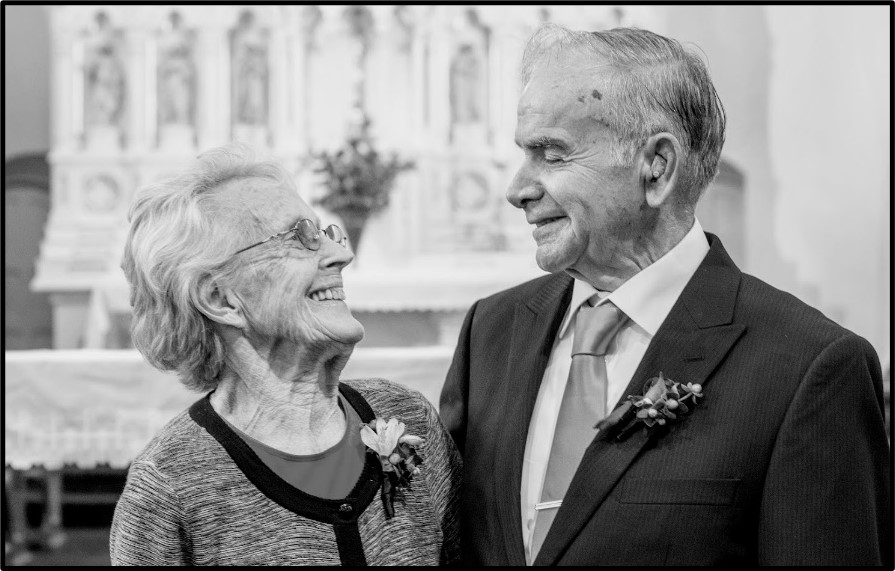 Ronald Ernest Pazzaglia, age 93, of Columbia Cross Roads, PA, died on Thursday, January 19, 2023. He was born on July 2, 1929, to Romolo and Italia (Passeri) Pazzaglia in Troy, PA. After graduating from Troy High School, Ronald met and married the love of his life, the late Mary (Van Marter) Pazzaglia. For 65 years, they were known as "Ron and Mary". Together, they bought a beautiful farm outside of Roseville, PA, and raised four sons. To pay for the farm, Ron worked several jobs. For 18 years, Ron drove a school bus every morning and hauled milk cans from local farms to milk plants. In the afternoons, he worked with his family on his farm. As a father, Ron taught his sons that family comes first. He gave his four sons the opportunity to try different things and learn the benefits of hard work. Ron loved life and had many passions. He was a die-hard Yankee fan who enjoyed watching games and telling stories of Joe DiMaggio. Ron loved bowling with friends and family, and he continued to bowl up to twice a week until the age of 88. One of his biggest joys came from his 7 grandchildren and 8 great-grandchildren. His gift to them was his love and attention. Whether he was playing cards with them, attending their concerts, or simply sitting together outside on the swing set, Ron always had time for them. Ronald will always be remembered for his deep love of family and his sense of humor. His memory and love will stay with us forever. Ronald leaves behind four sons and three daughters-in-law: David and Susan Pazzaglia of Columbia Cross Roads, PA, Steve Pazzaglia of Columbia Cross Roads, PA, Rick and Cynthia Pazzaglia of Columbia Cross Roads, PA, Tommy Pazzaglia of Owego, NY, Michelle Pazzaglia of Endicott, NY; one niece, Chris Kipferl; seven grandchildren: Alexandra (Ty) Kent, Kierston (Russ) Buchmann, Nick Pazzaglia, Tonya (John) Stone, Angela (Justin) Rockwell, Hayley (fiancé Tyler Panella) Pazzaglia, Brynne Pazzaglia; eight great-grandchildren: Bella Pazzaglia, Bryce Kent, Max Buchmann, Micah Buchmann, Emily Stone, Liam Stone, Alex Rockwell, and Avery Rockwell. Ronald was predeceased by two brothers, John Pazzaglia and Fred Pazzaglia. The family would like to thank the staff at Broad Acres for the care they gave our father for three years. A private remembrance with family will be held at a later date. Buckheit Funeral Chapel and Crematory, Inc. 637 S. Main St. Mansfield, PA is assisting the family.
Share A Memory