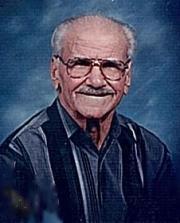 Type Obit Here Louis Fredrick Lappa age 81 of Lawrenceville, PA died on Tuesday, October 30, 2007 at the VA Medical Center in Bath, NY. Louis was the husband of Roberta J. (Hurlbert) Lappa with whom he observed a 50th wedding anniversary on October 7, 2007. Louis was born on December 7, 1925 in Chicago, IL a son of Samuel and Nancy Lappa. He had been employed by the Elkland Tannery, Pennsylvania Department of Transportation and the A&P Plant. He was a WWII US Army veteran, a member of the American Legion in Morris, PA and the VFW in Wellsboro, PA. Louis enjoyed his family, trout fishing, football, sports and dancing. Louis is survived by his wife Roberta, two sons Michael (Frankie Herb) Lappa of and John (Trina Wilson) Lappa all of Lawrenceville, PA, a daughter and son-in-law Sharon and Nathan Murray of Wysox, PA, three grandchildren Mitch Bliss, Cody ODell, and Ryan ODell. Louis was preceded in death by an infant daughter Kelly Lynn Lappa in 1965, his parents, a brother Nick Lappa, and a sister Mary College. Family and friends are invited to attend a viewing on Saturday November 10th, 2007 from noon till 2 PM at the Jacquelyn A. Buckheit Funeral Chapel, Crematory & Monuments, PC 637 S. Main St. Mansfield, PA Funeral services will be held immediately following the viewing at 2 PM at the funeral home with the Rev. Richard Berg officiating. Burial will be in Lick Run Cemetery, Gaines, PA. www.buckheitfcandcrematory.com

Share Your Memory of
Louis
Upload Your Memory View All Memories
Be the first to upload a memory!