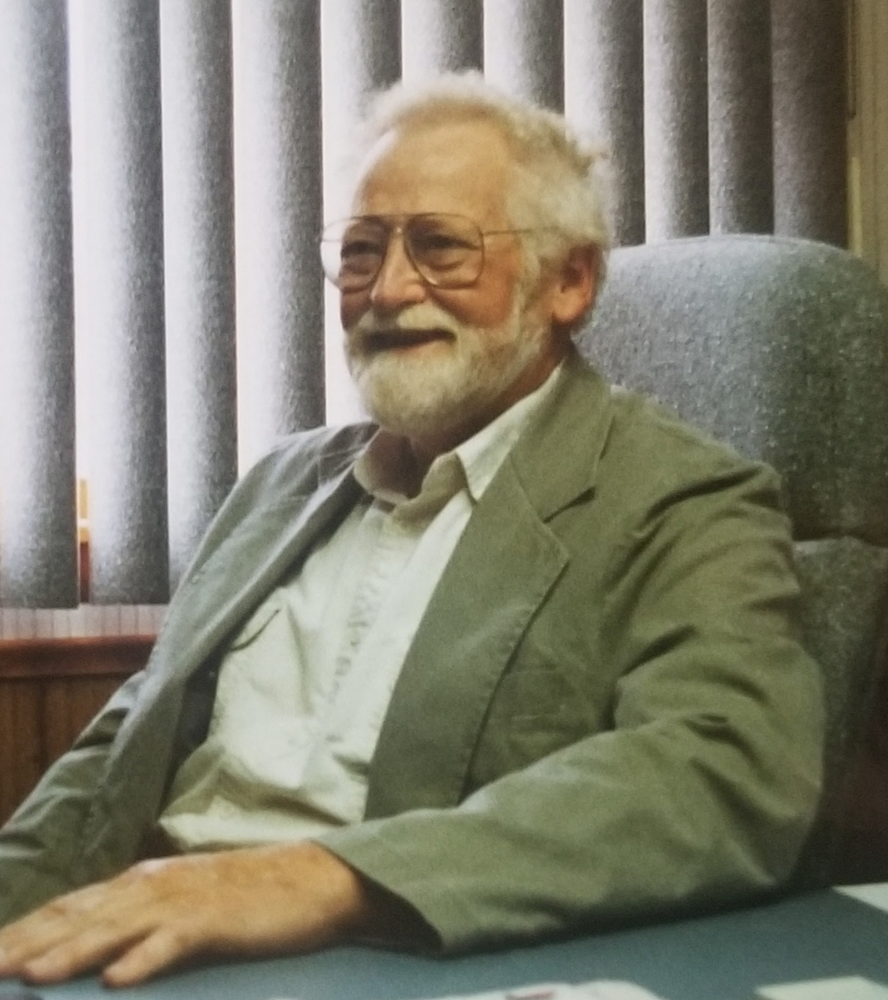 Ira Eugene Hindman, Jr. died Sunday, October 20, 2019, at Geisinger Medical Center, Danville, PA. He was born on February 17, 1931, in Butler, PA, a son of Ira Eugene, Sr. and Esther Cunningham) Hindman. He was married to Kathleen (Behrenbruch) Hindman in 1967. He is survived by his wife; six daughters: JaneE (Amalie Brewer) Hindman of NY, NY; Joanne (Mike Collins) Hindman of Brooktondale, NY; Julie (Paul) Werfelmann of Fresno, CA; Kelly (Joe) Barki of Wheeling, WV; Natasha (Tom Quinn) Hindman of Coraopolis, PA; Rosann (Art) Russell of Aliquippa, PA; one son-in-law Lou Begnoche of Sauk Rapids, MN; eleven grandchildren, four great grandchildren, and many nieces and nephews. He was preceded in death by his parents, his seven sisters and one brother, and two daughters: Judy Hindman and Janet Begnoche. Ira graduated from high school in Butler, PA, and from junior college in St. Petersburg, FL. He earned his BA From Roberts Wesleyan College in North Chili, NY while working at Kodak, his BD from Asbury Seminary in Kentucky followed by pastoring a church in Florida, his MA in English from Stetson University in Deland, FL while he taught high school English, and his PhD from Louisiana State University in Baton Rouge, LA while teaching college classes on a fellowship. He taught at Mansfield State College in Mansfield, PA (later Mansfield University) for 25 years. He was a born teacher and helped thousands of students to become better writers and better readers. At Mansfield he began and ran the very successful computer program in composition providing a better way for students to revise their papers. Desktop computers were new at the time, so he had to convince reluctant colleagues as well as students to learn how to use them. In addition to teaching, Ira served five different churches as a fill-in for varying periods of time. But the last one, Covington Church of Christ Disciples he considered his church home, as he served there for about 28 years with a five year break when he retired at the end of 1999 but then returned in 2005 for 11 more years. He also taught history and English at New Covenant Academy for a couple of years, but is better known for being a basketball coach. Ira loved sports, and particularly favored basketball, a sport he played, and he coached three of his daughters, in various capacities, all of whom later played in college. He was actually a major force in starting the basketball program at NCA and coached girls' and, part of the time, boys' basketball for about 10 years. Later he also coached the Wellsboro girls' team for a year. Ira was always a renaissance man, fascinated by all things around him, and he had many interests and talents to match. He sang in a choir that performed across the country. He raced and rallied in small cars in Florida. He started college on an art scholarship and over the years created sculptures and beautiful oil paintings, shaped pottery on the wheel, and carved elaborate pipes. Other extracurricular activities included raising fish, teaching skiing at Denton Hill, designing and constructing a variety of wood work from Christmas decorations to furniture, and setting up a model train and landscape that fills a room. When arthritis hit his knees, his doctor suggested bicycle riding, so he got a bike and rode 25-50 miles several days a week. In 1972 he and his family moved to a farm just outside Stony Fork where they raised and sold beef cattle and quarter horses. He built fences, converted a dairy barn to horse stalls and a chicken coop, rode and showed some of his horses, was president of the PA Quarter Horse Association for two years, bought the necessary equipment to cut and bale hay each summer with his family's help, and milked his daughters' 4H Jersey cows. When he retired from Mansfield University, photography became his avocation. He traveled all over the United States (especially the American West) and to Africa, China, Tibet, and the Hudson Bay on photographic tours focused on wild life. Then he went to the Rochester Institute of Technology to learn how to develop and print his own pictures. Ira also traveled with his family, visiting all of the continental states as well as much of Canada, and several European countries including Germany, Austria, Switzerland, Luxemburg, and Italy. In his later years he traveled with Kathy to their 49th and 50th states, Alaska and Hawaii, and cruised the Baltic Sea visiting seven more countries. Ira had a good sense of humor and wonderful laugh. He was a good conversationalist and a natural story teller, but also a good listener. His greatest pride in life was his family, and he liked to talk about their accomplishments. He lived a full life and frequently said that, although he had more he would like yet to see and do, he was ready to go home to heaven when God called him. Though he is greatly missed here, we know that he is there now, and we shall see him again some day. Family and friends were invited to call on Tuesday, October 22 from 10:00 to 11:30 a.m. at Covington Church of Christ (Disciples), Rte 15, Covington, PA. A memorial service was held immediately following the visitation at 11:30 a.m. with Pastor Jim Donahoo officiating. Memorial contributions can be made to St. Jude Children's Research Hospital, 262 Danny Thomas Place, Memphis, TN 38105, to Covington Church of Christ (Disciples), P.O. Box 185, Covington, PA 16917, or to Coolidge Hollow Methodist Church, 24 Church Road, Wellsboro, PA 16901. Buckheit Funeral Chapel and Crematory is assisting the family.

Share Your Memory of
Ira
Upload Your Memory View All Memories
Be the first to upload a memory!