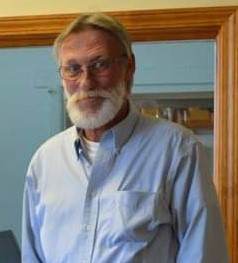 Richard "Dick" Bierman, age 66, of Wellsville, NY, passed away on Thursday, December 31, 2020 at his home. He was born on August 12, 1954 in Wellsville, NY, a son of Walter and Mollie (Martz) Bierman. Dick was married to Brenda (Matteson) Bierman on July 8, 2009. He was self-employed as a carpenter. Dick enjoyed hunting, fishing and chatting with family and friends. Dick is survived by his wife, Brenda; a daughter, Sheri of CT; two stepsons, Marshall (Rebecca Hooker) Stebbins, and Matthew (Amber Fox) Stebbins; two grandchildren and 8 step grandchildren; a brother, Mark (Sarah) Bierman; four sisters, JoAnne (Larry) Graves of Shango, Elizabeth (Peter) Harer, Janet (David) Talbot of Whitesville, and Monica "Kay" (John Perry) Bierman of Buffalo, NY; parents-in-law Richard and Jennie Matteson; brother-in-law Brian (Peg) Matteson and several nieces, nephews and great nieces and nephews. He was preceded in death by his parents and a son, Joshua James Bierman. In honoring Dick's wishes, there will be no services. Buckheit Funeral Chapel and Crematory, Inc. 637 S. Main St. Mansfield, PA is assisting the family.