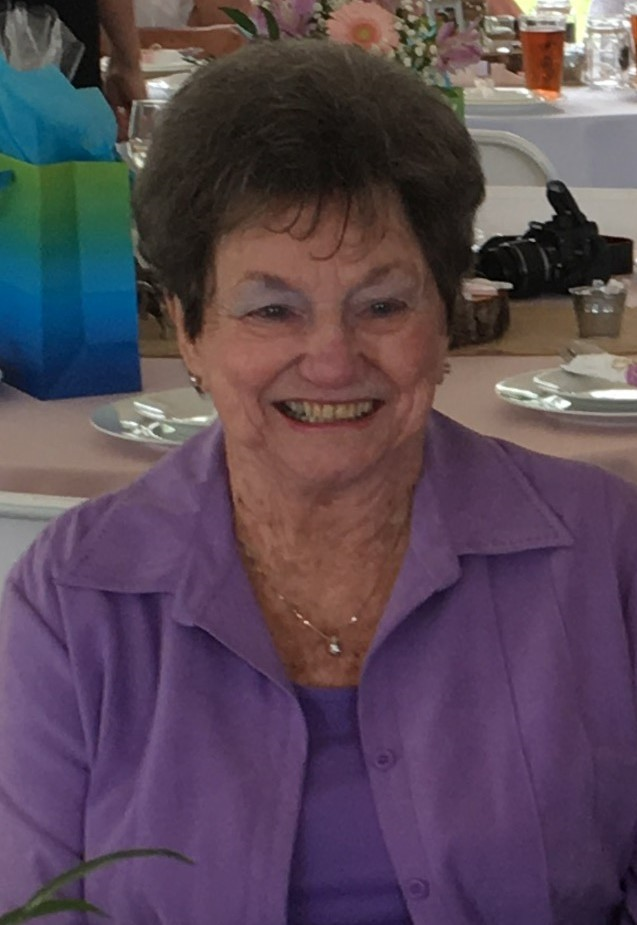 Please share a memory of Joan to include in a keepsake book for family and friends.
View Tribute Book
On March fifth, 2022, Joan Marie Wilson, 85, of Wellsboro, left this earth just as she would have wished - at home, in the loving embrace of her devoted husband, James Wilson, surrounded by her family. Jim and Joan shared sixty-five beautiful years of marriage. Born in 1936 in Blossburg, Pennsylvania, she was the daughter of the late Alfred and Sheila Rogers. Joan graduated from Blossburg High School and then earned her teaching degree from Mansfield University. It was at Mansfield where she would meet the love of her life, James Wilson, and they would soon marry. She taught elementary school in Neshamminny, and Tioga, Pennsylvania, to help Jim as he studied to become a physician. As her husband neared the completion of his medical education, Joan dedicated herself to her life's true passion as a loving wife and mother as they returned to Wellsboro to raise their three sons. Joan loved to travel, and she and Jim did so extensively, visiting Europe, the Caribbean and most of the continental United States and Canada. Her cooking was unrivaled, and she took great pleasure in preparing holiday meals for her family. She had a real sense of adventure and would join her husband on big game hunting expeditions where she had no trouble holding her own with the boys. Joan enjoyed Golf and Bridge Club with friends. She was an accomplished seamstress. She loved her family and delighted in her six grandchildren and maintained very loving relationships with her siblings, deceased brothers Wendell, and Keith, survived by spouses Rosalie and Joanne, sister Diane, deceased, and especially her surviving younger sister Judy Maring who resides in South Carolina. While the last few years were somewhat difficult after suffering a series of strokes, she carried on with her upbeat attitude, spending most of her time at home in the company of the man she loved more than life itself, sharing memories, working on puzzles, and bingeing the latest entertainment on Netflix. In addition to her husband James, she is survived by her children: Scott, husband of Kristen, of Macungie; Jeff, husband of Diane, of Wellsboro; Steve of Wellsboro, and Graham White, of Butler, who she thought of as a son. She is also survived by her grandchildren: Alexandra and husband Eric Zerkel, Matthew and wife Monica, Brock and wife Kristie, Peyton, Trey and Troy, as well as great-granddaughter Elliette, and sister Judy and her husband David Maring. A private service for family will be held at St. Paul's Episcopal Church in Wellsboro, where she was a member. In lieu of flowers, the family asks for donations to the Second Chance Animal Sanctuary, https://www.secondchanceas.org/home, in her memory. Services are under the direction of Buckheit Funeral Chapel and Crematory, Inc., 637 S. Main St., Mansfield, PA.

Share Your Memory of
Joan
Upload Your Memory View All Memories
Be the first to upload a memory!
Share A Memory