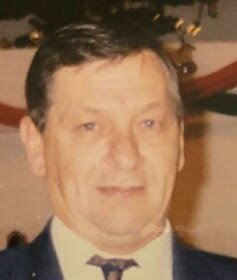 Donald (Don) Hackford; age 71 of Mansfield, PA was the proud son of the finest woman to ever walk this Earth, Bettie- Jo of Utah and the strongest man ever born Sharon (Shay) Hackford. (Father who preceded him in death) Don's adventures in this world began on July 6th, 1951, in Covina California. Dons, colorful and out of the ordinary life led him to be a world traveler. He visited most continents. Including, one time his foot briefly, skidded across the Antarctic as his plane dang near landed in route to another country. Throughout the years Don enjoyed deep sea fishing with his two brothers Doug-Karen and Dave-Laura Hackford; all reside in Utah. Not a stranger to anyone Don made friends wherever he roamed. As the captain of the ship, he led many to the secret fishing hole where he reeled in the biggest, trophy fish ever caught off the shore of Baja California. Like his father, Don was strong and stout. Wouldn't you know the capability to do 1,000 pushups on one arm without stopping built muscles of pure steel. This strength couple with being the sharpest tool in the box led him to superintendent positions in the Oil & Gas industry. His passion for this type of work lasted a lifetime. Don spent decades enjoying the company of his best cousins Roy and Fonda Ross. Often as they bet on the Royal Flushes, Don could be found playing on the horses. His inner stallion's gift could determine which one held the greatest horsepower thus, winning across the board. Hollywood Boy – Hackford will be deeply missed by his surviving wife; Lioudmila Victorovna (Lucy) and their lovesome; daughter, Sofya Donaldovna Hackford (Native Star of Dawns Soul) of Russia. Don was honored to be the father of his fine children. Son Cliff-Janelle Liverman of CO, daughters Bobbi-Jo Marshall of WY, Betty Dawn- Jacob Kunz of CA, Sylvia-Jonas Kunz of UT. Not many others knew this truth but, Don carried a deep grief for his two sons; Scott Jay Hackford and ol' Donny- boy- Marshall, who passed before him. Rather they were first ones born, great-grandchild, big, or small; Don loved them all! He always received joyful kicks while being in the presence of his grandchildren. Don believed his grand-daughter Athena- Rae Jaramillo was sweet as cherry pie; very saddened, when she exited life earlier this year. Don loved the great outdoors, spending many times appreciating nature with his family. On November 16th, 2022; with the first light of the morning sun, his generous heart that beat for his loved ones suddenly, stopped. Just like the cowboys in the Old Westerns, Don galloped away from his last smoldering campfire. Dagnabbit! Don done boarded his final flight. There always was a base of truth to Don's fanciful talk. This fine entertainer brought comedy, happiness, and laughter to everyone's life he touched. Hackford you will be greatly missed! Following suit with no hard-headedness involved; wife Lucy, will fulfill Don's request of cremation. On his birthday July 6th, 2023, a celebration of life will take place within the mountains of Utah. All friends and family are welcome to bring memories.