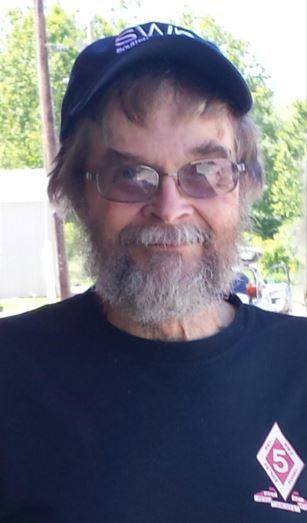 James Robert Ryan, recently turning 75, of Wellsboro, passed away peacefully on Tuesday, January 24, 2023, after a short battle with illness. He was born on January 21, 1948, in Oil City, PA, to the late Dorothy Ryan Ritz and Robert Ryan. "Jim" graduated high school in 1965 where he ran track. He attended Paul Smith College in NY for one year and then transferred to West Virginia University, Morgantown. He received his BS degree in Forestry, graduating with honors in 1970. Shortly after, he volunteered for the draft into the US Army, serving from June 1970 until January 1972 in the Vietnam War. In the fall of 1972, he began his career with the Bureau of Forestry as a forester under the Department of Environmental Resources. One of Jim's first assignments was the Camp Lease Program and maintained that program throughout his career. He was also a Fire Warden, assisted with Smokey Bear Programs, and was involved deeply in Timber Management for Tioga County. Other priority duties were coordinating the district's radio program and radio towers. Jim retired under the Department of Conservation and Natural Resources in February of 2006 with over 33 years of service. Beginning during his career and years following, Jim was heavily involved in the Babb Creek Watershed Association and served as President of the organization for a period of time. He was also involved in the Jakes organization which taught junior shooters respect for the sport of hunting. Following in line with the rest of Jim's life, he was an avid active member of the Arnot Sportsmen's Club and the Lambs Creek Sportsmen's Club. Jim was an avid outdoorsman who enjoyed hunting and shooting and loved to walk the woods of Tioga County. Jim was predeceased by his mother, Dorothy Ryan Ritz, Oil City, PA in 2008 and his father Robert Ryan in 1958. He is survived by his sister, Nancy Ryan of Berea, KY, aunt, Ruth Wilson of Seneca, PA cousins Thomas Wilson of Seneca, PA and Steven Wilson of Pittsburgh, PA; several close friends and coworkers. Jim was a rather private person, but once you earned his friendship, he cherished and respected that friendship forever. A private celebration of life will be held at a later date. Those wishing to make donations in lieu of flowers are encouraged to remember the three organizations Jim was involved with; Babb Creek Watershed, the Jakes organization, or the Arnot Sportsmen's Club. If you need assistance contacting any of these organizations, you may call the Bureau of Forestry office in Wellsboro at 570-724-2868 to obtain that information. Buckheit Funeral Chapel and Crematory, Inc. 637 S. Main St. Mansfield, PA is assisting the family.